It’s with sadness that MellowMeds has learned of the passing of Justin Marshall. Justin was a cannabis advocate who recently graced our pages in a blog post.

For me, the poignancy of his happening serves as a reminder that none of us who deal with cancer — I currently am dealing with skin cancer — have to take every possible avenue of treatment to improve our odds of success. Personally, I’ve been remiss in doing all I can. I’m not eating as well as I could be and I still have a relationship with that demon alcohol.

Putting my situation into a broader context is that my MellowMeds partner, Al, lives in Canada and is a long-time cannabis producer. With the legal landscape in Canada, his access to cannabis is assured. I, on the other hand, have been in Japan since 1991, where cannabis and even CBD oil are illegal. The frustration is real.

When Justin shared his story with us, I was excited at the prospect of JMO (basically, uncooked RSO) as a solution of getting a high-CBD product without the high. Excited and frustrated, because as promising as JMO sounded, I have no legal means of access. And I am disinclined to explore illicit means of access here in Tokyo. Incarceration is simply not an option.

The availability of cannabis products should be universal. Cannabis is a naturally occurring plant and it is positively ridiculous to me that it somehow became illegal to possess something that grows in nature. People are messed up. Anyway, I’m currently looking forward to being able to visit Al in Canada to sample his fine product. I’ll be looking forward to sampling some herb, RSO and — courtesy of Justin — some JMO.

Godspeed, Justin. Your passion for cannabis lives on. You can visit Justin’s memorial page via the link below:

It’s been almost five months since adults in Canada have had the legal right to consume cannabis for recreational purposes. The reality of the new legal landscape is that so much has changed for so little to change.

There is a vast number of people who have been working in the cannabis underground, supplying literally millions of Canadian cannabis consumers. Recent polls have shown that cannabis use among adults post legalization has not risen noticeably. These results show not only that usage has remained mostly stagnant, but that those who wanted to use cannabis prior to legalization had no problem doing so morally. Moreover, the adult-use cannabis market in Canada was in truth far larger than the government ever imagined.

The adult use numbers run somewhere around 4.5 million Canadians, and those are poll estimates that cannot factor in how many choose to say no based on decades of stigma. Pondering for a moment just how big that number is, consider how many people would need to be involved in that underground market from producer to consumer. Also consider that the underground market has next-to-no automation or factory farms and labor use is extremely high. Add to that the quality of the product being supplied; one can find product as good as anything found in the best markets around the world.

Within this underground market, we have a labor-driven, experienced workforce with a start-to-finish market providing some of the best product in the world. This workforce numbers in the many tens of thousands. Accurate estimates are really impossible to glean, but how many people would it take to service up to 5 million Canadian consumers with reliable supply of quality product?

Then came legalization, something a great many had been calling and hoping for for a very long time. With legalization, many looked forward to being able to step proudly from the shadows of the underground market into legally doing what they enjoy as a profession, with a skillset honed over years and an eagerness to continue. We saw in other markets, where legalization came with an inclusive approach that was not overly restrictive, that smaller underground growers were able to transition to craft status. The result? Markets that without undue — and expensive — harm reduction policies are reaping incredible benefits through tax revenue. Not only that, market demand is dictating what people want and what they are willing to pay.

In Canada, however, our hopes quickly began to fade as the players who would be in control were announced and the direction of the legislation defined who would supply Canadians. So many limiting changes have taken place in the last two years that the public perception of legalization amounts to an attempt to hand corporations and cronies the golden key to riches. And Canadians are none too happy about it. Nothing has done more to reinforce that opinion than when consumers were finally able to purchase Licensed Producer (LP) cannabis.

Since legalization, Canadians have seen everything from recalls, illegal black-market purchasing of product by an LP (one way to get good product), mold, seeds and stems in prerolls — suggesting they are floor sweepings (a tobacco producer trick) — and more commonly, reports of dry, flavourless, weak-potency product.

In the meantime, the underground market trundles along. Big-city, same-day service is becoming the norm. Online providers continue doing business, with increasing numbers of customers becoming aware of them due to failed legalization. Post-legalization, there was no mass exodus from the black market. If anything, they have become more entrenched due to not only a continued failure of the legal providors to supply product that is comparable in either price or quality, but in some cases impossible to legally obtain. With no legal storefronts, Ontario citizens have only the OCS online store as a legal option. Unless, of course, you do not have a credit card. Such roadblocks leave many with a sense of financial discrimination and lead them to the underground market to hook up.

In the move to legalization, lawmakers failed to sufficiently examine other jurisdictions that had legalized the cannabis market to see what was most effective. Public consultations were minimal and pubic opinion seems to have been largely ignored. The result left us with no real sense of normalcy in the Canadian Cannabis market. Nothing in the past two years welcomed the millions of cannabis consumers into a new and emerging legal marketplace. Nothing in the last two years was intended to include the thousands of Canadians who served — and continue to serve — the needs of millions.

We want to see and be serviced by cannabis professionals with experience in the industry, who understand the needs and wants of the customer base, speak the same language and who have earned the trust of millions for decades. An entire industry of talented and experienced people are there, willing and wanting to become part of a massive legal-cannabis marketplace. Until we start to see these skilled professionals being included, far fewer reports of expensive-yet-inferior product and fewer pictures of massive, factory-automated farms (corporate dick pics), nothing will change.

The hearts and minds of the consumers cannot and will not be won by reaching even further into the pockets of Canadians for poor quality. As well, many provincial laws surrounding legalization are so restrictive that many users find themselves facing incarceration anyway. Overbearing laws seem to serve the courts more than the public.

We are not a cash cow waiting to be milked by the rich and connected. Let small growers grow and provide craft product without needing investor millions. Let a free and sensible market dictate supply and demand. Let corporations compete on a playing field that is even for all.

For goodness sake, let common sense prevail. This is madness. 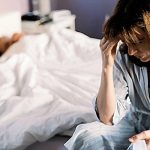 Irritable Bowel Syndrome is a major issue for a growing segment of society. When the pain hits, the experience can range from discomfort to complete debilitation. If you suffer from IBS, you know well just how bad it can be. I’m fascinated by the potential of using cannabis products for both pain management and healing. A recent article over at Puff Puff Post discussed the potential of CBD-infused chewing gum being used in a trial to treat IBS. The initial data suggests that CBD could be quite effective in helping sufferers manage their condition. I think chewing gum has good potential as a delivery mechanism. Chewing releases pre-digestion enzymes that make for good bioavailability of the CBD. Additionally, chewing gum offers a slower, sustained release of CBD into the system. Instead of getting a large payload, as happens with capsule supplements, the dosage is trickled into the system over time. Slow release enables fine control over the dosage. It will be very interesting to see the final results after all the trials are completed, but this interested bystander expects that there will be a lot of good news forthcoming. IBS sufferers may want to give CBD products a serious consideration in helping to manage their symptoms. Focus on products that are unlikely to trigger a flare-up. For example, if you have issues with wheat, CBD cookies may not be a good delivery mechanism for you, but CBD-infused butter might very well be. Experiment and find what works best for you. Do note that high CBD dosages may affect the intensity and duration of any THC you are likewise ingesting. As such, take care when exploring new combinations of products. It’s a good idea to sneak up on your target dosage rather than to just plough head-long into it. That’s especially the case when we’re dealing with a delicate bowel. If you’re interested in trying CBD products, feel free to visit our partner: Visit TrueMeds Now