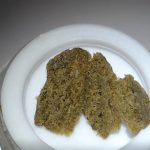 Oh, the times we live in.

I was born in the sixties and started to become aware in the seventies. By the time the eighties rolled around, we were kinda lost. The hippie movement had come and gone and the biggest influencer it left behind was Cannabis. Cannabis was everywhere; even our parents smoked it. For many like myself, Cannabis itself became the culture. Merely getting high was the goal of many. For others, there was something magical and mysterious about this funny looking plant.

For the most part, any next-level Cannabis interest involves experiencing as many different kinds as possible. The early eighties most certainly provided far fewer varieties than we have today, but some of those options were every bit as potent then as the modern versions are today. In truth, things such as hash and the few different oil varieties were often far more reliable in terms of quality than the weed of the day. Back then, the weed of the day would range from dark, very earthy, pressed brick and ten dollar bread bags of leaf to buds that we would today consider tastes great, but just OK potency-wise. 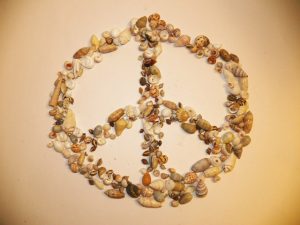 While weed was always easy to find, the most potent options of the day — Honey Oil, Cherry Oil and the best hash varieties — were much harder to come by. Decent hash was widespread and sometime in the mid 80’s there was a significant quality drop. What used to be a malleable, aromatic and pleasant tasting, knock-you-on-your-ass black Hash became a hard chunk that was difficult to work with and tasted like nylon brick.

Things stayed that way for many years. Good Hash rarely ever made it out of the big cities, but when it did, it was a real treat. Oddly enough, I found out during a five year adventure to the Maritimes that all the good hash was there. Perhaps that was part of the reason I stayed so long.

Fast forward to today and we find ourselves in a modern, hash lovers paradise. The varieties we have now are more numerous than at any time previous. If black sticky Hash is your preference, it can easily be found in most any dispensary. Along with the old school flavours, modern techniques such as ice and Co2 extraction allow for strain-specific varieties that combine all the best of old school Hashish with the broad range of effects found in what now number in the hundreds of Cannabis strains.

I was browsing the site of my preferred dispensary and something caught my attention: While there were perhaps eight or ten varieties of Hashish, there were three or four times as many extract products. It made perfect sense. The popularity of dabbing extracts among the ‘baby bonger’ youth culture of today is not only prevalent, it is big business.

I thought it was a shame that there were not that many varieties of hash. The solution immediately followed: “Melt extracts, mix them with kief and make your own”. I very nearly dismissed the idea. Later, however, I remembered a conversation with a good friend where he was telling me how he loved the strong and different flavours of shatter. That got me wondering whether I was missing out on something because I don’t dab.

When it came time for my next dispensary order, I made some adjustments and ordered a gram of Gorilla Goo rosin and two grams of kief in two types. When the order arrived, there was a hint of excitement as I opened the package and it was time to inspect this rosin stuff. I have little experience with modern extracts; my only previous exposure was a little bit of shatter a couple of years ago and a more recent purchase of a gram of RAW distillate.

I opened the little jar of Gorilla Goo and released an attack on my sense of smell I was not expecting at all. It was a very strong terpene scent with all the rich wonderful overtones found in the best buds. I spent the next ten minutes just enjoying the thick rich aroma that very much reminded me of the terrific, bright smell that was produced in curing jars. So this is what I was missing! I smeared a bit on a paper so it could be sampled before mixing it. The flavours were as the odour, bright and brilliant. To a trained palette, however, there was something missing on their own. It almost tasted like the most premium flowers. Not to take anything away from it, mind you; it was very pleasurable to smoke. The taste and smell were fantastic, as was the effect.

The next day, I decided it was time to make my first, homemade, gourmet hash. I placed a gob of Gorilla Goo rosin equal to less then 1/4 gram inside a small, preheated, glass jar  and allowed it to slowly melt. Once the rosin melted, I added about an eighth of a gram of OG Kush kief to the jar and stirred it using a dab tool. The warmed rosin quickly absorbed all the kief and I gradually added more until the blob of G-hash was not sticky to the touch. The little jar was then sealed airtight and allowed to cool for 24 hours.

When I opened the jar, the odour was strong and very pleasing.  The smell was much the same, but somehow a little different. The chunk of hash now looked very much like a chunk of hash, except for the colour, which was a light brown/tan that did not seem to darken on the outside when handled and stored like finer grade ice hash does. The volume was considerably more than I expected and I ended up with a pretty nice chunk that was almost spot on a half gram. The texture was firm yet malleable and it softened with hand warmth. The texture was ideally suited to rolling into a long thin insert for putting inside a joint.

And Now To Smoke It

When consumed, the smell and taste are a bit richer and fuller than they were with the rosin alone. Combining the rosin with kief changes the flavour profile for the better. It tastes a bit more natural and maintains its very strong potency. Clearly, any end product is only going to be as good as the worst ingredient.

This initial test has created an area of interest that was unexpected, fun and exciting. There are many aspects that are of interest: How extracts are created, how kief is harvested, what combinations and methods result in the most desired end product, etc. Look for more stories in this series as we delve more into creating our own gourmet hashish from the best varieties of waxes, rosin, shatter and kief products.

Until then, may you be blessed with Health, Healing and Herb.